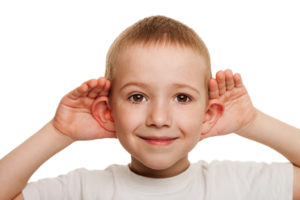 It’s never easy talking to your kids about hard issues— especially when it comes to either their health or appearance. If your child’s ears stick out a little far from their head and you are worried about them causing self-esteem issues, later on, you may want to consider an ear pinning surgery or otoplasty from Associated Plastic Surgeons & Consultants. As one of the hardest parts of this surgery, however, you will need to explain it to your child.

As adults, we tend to be detail oriented. We want to know the step-by-step process of virtually anything— especially a surgical procedure— and often, the more detailed things are, the better. However, with young children, it’s best to leave the details out. Details tend to overwhelm them and cause confusion. Rather than explaining all of the steps of the surgery, just say that they need to go to the doctor to have their ears fixed and explain that it won’t be painful and that you’ll be there the whole time.

Talk About the “Why” in a Subtle Way

You are obviously going to need to explain to your child why they are having surgery. And because an otoplasty is primarily an elective cosmetic surgery, this can be difficult. As a suggestion, try explaining to them that they are still beautiful or handsome but that the doctor is just going to make a few small changes to their ears so they won’t have to worry about them when they’re older. Whatever you do, don’t use any negative language or make them feel embarrassed about their image.

Talking to your child about an otoplasty is often one of the most dreaded aspects of the procedure by parents. However, by using these two easy tips above, you can hopefully make it easier.

To learn more about an otoplasty or to schedule your child’s consultation, contact our Huntington office today!